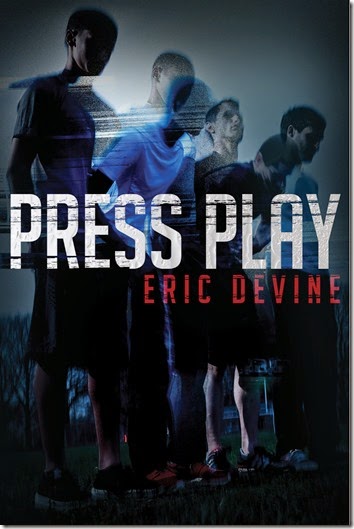 Greg Dunsmore, a.k.a. Dun the Ton, is focused on one thing: making a documentary that will guarantee his admission into the film school of his choice. Every day, Greg films his intense weight-loss focused workouts as well as the nonstop bullying that comes from his classmates. But when he captures footage of violent, extreme hazing by his high school’s championship-winning lacrosse team in the presence of his principal, Greg’s field of view is in for a readjustment.
Greg knows there is a story to be told, but it is not clear exactly what. And his attempts to find out the truth only create more obstacles, not to mention physical harm upon himself. Yet if Greg wants to make his exposé his ticket out of town rather than a veritable death sentence, he will have to learn to play the game and find a team to help him.
Combine the underbelly of Friday Night Lights with the unflinching honesty of Walter Dean Myers, and you will find yourself with Eric Devine’s novel of debatable truths, consequences, and realities.

Add To Goodreads
Pre-Order This Title 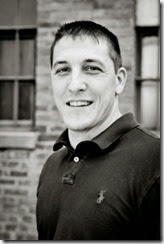 Eric Devine is the author of multiple works of Young Adult fiction, most recently Dare Me, withPress Play being published 10/28. He is also a veteran high school English teacher who spends as much time teaching as he does completing field research for his novels. His work has been listed byYALSA and Booklist for reluctant readers and for Best in Sports. He is married to his high school sweetheart, and his wife and he have two wonderful daughters and two not-so-wonderful Labradors. Find out more at ericdevine.org, facebook.com/ericdevineauthor, or Twitter: @eric_devine 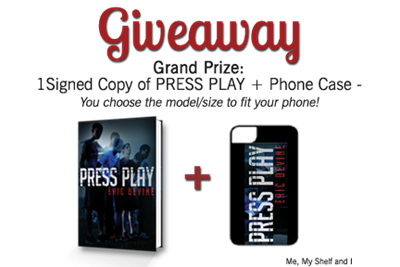 Email ThisBlogThis!Share to TwitterShare to FacebookShare to Pinterest
Labels: bookblast, fiction, YA