Once upon a time, in August, I went to my friend's house for the day. Now this friend is a 'go-getter'....as in she never stops moving, doing, or thinking. Ever. Not a drill people. So sure enough, my friend had the brilliant idea of having a murdery mystery party. How fun! Right? Five seconds later she had somehow talked me into hosting it at my house (fine) but also WRITING THE WHOLE THING MYSELF. How does she always manage to talk me into stuff?

So we settled on a 1920's theme and researched some of the biggest names of that time period to use as our characters. Then she sent me on my merry, and innocent, way. 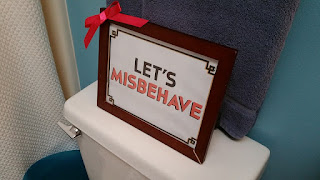 I did the natural thing first: searched Pinterest. I found a few good pins on writing your own mystery party and throwing a 1920's themed party. However, I really can't recommend writing your own murdery mystery unless you have done several of the parties in the past (I did one... six years ago) or unless you have experience writing mystery novels.

First, decide who is going to be murdered. My friend and I decided she would be the one to be murdered during the party so that afterwards she could help out behind the scenes. Her character was Coco Chanel. My husband and I were F. Scott Fitzgerald and Zelda Fitzgerald and we were hosting a big shin-dig at our Summit Avenue mansion for all the rich and famous.

Then, since our guest list was about 25 people at the beginning, we picked five main characters, beyond ourselves, to be the main suspects. Two other characters ended up playing minor roles in the final whodunit scene. Our main characters were Agatha Christie, Bessie Smith, Babe Ruth, Walt Disney, and Louis Armstrong. The minor roles were Ernest Hemingway and Al Capone. I wrote out character descriptions for each person as the people who played these roles would need to know their characters inside and out. Coco made some great character cards to hand out to each player: 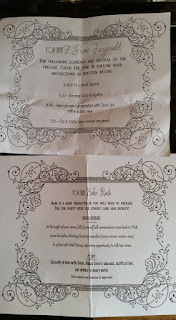 From there I jumped into a timeline. I felt I needed an order of events, a 'what happens when' to one: order my own mind, and two: help place suspicion on each character before and after the murder. For example, before the murder Coco had several public fights our would insult other characters loudly. There was also several clandestine meetings where two characters would leave the room at the same time. This was suuuper helpful as it helped Coco and I spot several plot holes and character flaws. However, later in the game it was difficult for us to figure out how to let the other characters know about this timeline without giving them a giant 'script' to carry around. 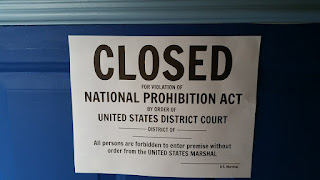 I have to highly recommend having a writing partner. Coco was my 'person' who knew the story inside and out (more or less). She helped me see several glaring holes in the story and/or process. Coco was also aware enough to think outside the timeline whereas I was too immersed in the story to think about things like props and decorations. My biggest stress was wondering if I was making the mystery too obvious or not obvious enough as that would define the WHOLE EVENING. 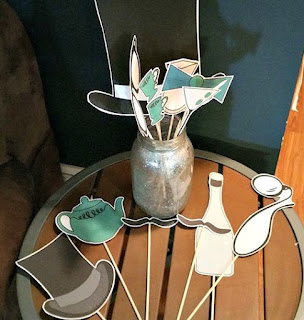 My husband was also a HUGE help. He came up with a delicious 1920's-ish menu that would be fit for the rich and famous, but also easy to make and eat (people are STILL talking about his stuffed mushrooms!). Later when it came game time, he was really into his character and improvised like a BOSS to keep things running smoothly. A few people who attended said our big staged (but not practiced!) fight was one of the best parts of the night!

The day of the party (October 30th) I was such a wreck. We spent the whole day cleaning the whole house, cooking food, making last minute purchases, and decorating. I had literally 10 minutes to get in costume while our friends walked through the door. But I really hadn't needed to worry! Our friends came decked out to the 9's and were totally in character!! Our Greta Garbo was so into her character that at the end several people suspected her to be the murderer even though she wasn't a main character!

Of course there were a few lulls and awkward spots, but it still worked out fantastically because everyone was in character and we were having a blast! Also a big hit? The last minute photo booth! Below is a picture of just the ladies. From the left: Agatha Christie, Georgia O'Keefe, Coco Chanel, Josephine Baker, me as Zelda, Bessie Smith, Louise Brooks, and Greta Garbo. 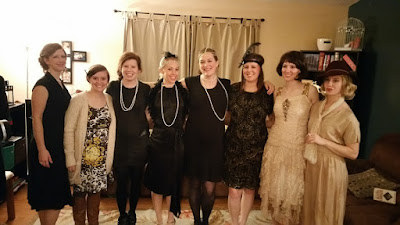 All pictures were from Hubby's phone. I did not have the wherewithal to take pictures all night!