I confess loudly and proudly that I am a NERD (Is anyone still surprised??). And I don't just mean 'book nerd', though I am surely that as well. I mean SCI-FI nerd!

It probably started when I was a wee young lass watching Disney movies. Cinderella, Sleeping Beauty, Snow White...you bet they are fantasy movies!! Soon, I graduated into Star Trek watching Voyager episodes with my dad. Then it migrated into my reading--The Animorphs Series, then Terry Brooks' epic fantasy series Shannara. The true goldmine came in 6th grade when Harry Potter was first published. I devoured them, and the movies.

I feel compelled to share my Top Five Fave Sci-Fi Shows with you so that you will may love them too! 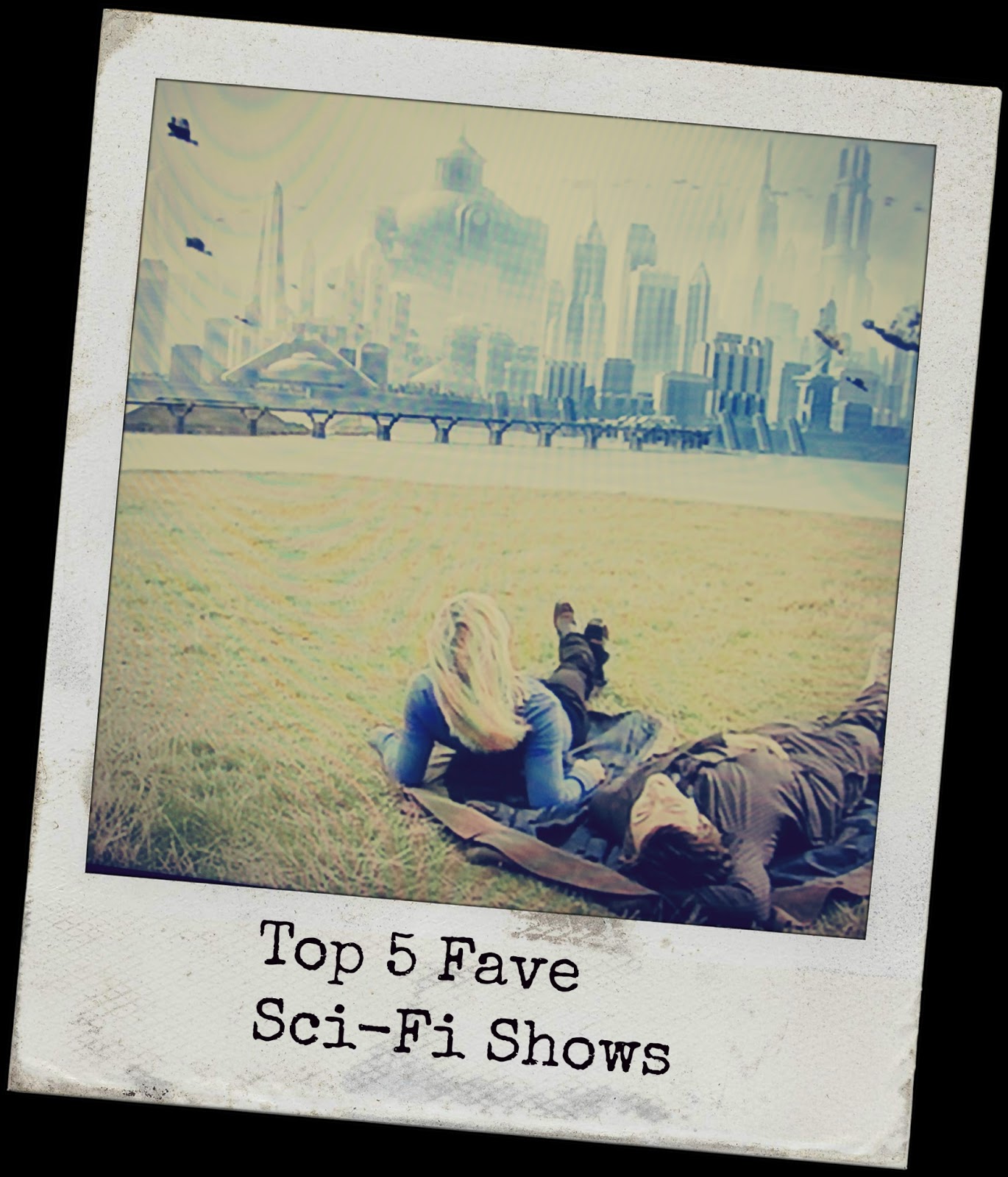 5. What sci-fi list would be complete without The Twilight Zone? Created and narrated by Rod Sterling, its five seasons feature everything from the scary exotic to the just plain weird. Check it out, if you haven't already, on Netflix. Also, every year for New Year's Eve and New Year's Day they show a marathon of all the episodes on the Syfy Channel! Check out "Living Doll", "Eye of the Beholder", and "Time Enough at Last" for a good taste.

4. Firefly. This show was cut short after only ONE season, upsetting viewers and creating a cult following. The story follows Captain Malcolm "Mal" Reynolds and his motley crew as they frequently run from the law in their ship the Serenity. It is a dystopian future that features a blend of Old West and Chinese cultures. It is totally unlike other 'space' shows out there. Because it is so short, there is little reason for you NOT to watch it!! Check it out on Netflix today.

3. Star Trek. For me this encompasses the original series, Next Generation, and Voyager. A fantastic creation! In the words of Captain Kirk: "Space: the final frontier. These are the voyages of the starship Enterprise. Its five-year mission: to explore strange new worlds, to seek out new life and new civilizations, to boldly go where no man has gone before." Exploring new worlds, new stars, new races, what more could you want?? Although no longer televised on TV, you can catch up on the awesome world of Star Trek on Netflix OR revisit the original series with the new J.J. Abrams Star Trek movies.

2. Stargate SG-1. Similar to Star Trek, but set in the current day and instead of travelling by ship the crew travels by Stargate. Birthed from a less than good movie, SG-1 quickly became a fantastic show with 10 season and at least 2 spin-off shows. It feels a bit more 'realistic' compared to Star Trek since it is set in modern day and they use 'regular' human technology and weapons. The character development is spectacular and gets better as the seasons progress. C'mon, Richard Dean Anderson?? You know it will be good!

1. Doctor Who. I would say don't get me started, but you already did:) Doctor Who is from the BBC and first aired in 1963. The basic storyline follows a Time Lord, known only as the Doctor, who travels through time and space in his ship the T.A.R.D.I.S. with his various companions. To keep the show running for so long, the Doctor has the ability to regenerate. Regeneration allows the current Doctor to transform into a new physical body and somewhat different personality whenever wounded or dying. Crazy sounding, I know, but it totally works.

The original idea behind Doctor Who was a show to teach kids about history, but quickly developed more sci-fi overtones and never looked back. Don't feel like watching 33 seasons of a TV show that started in the '60s? The show actually went on an extended hiatus in 1989 and was revised with a new Doctor in 2005 to the present. The 'new' seasons (Doctors 9,10, 11, and now 12) are all you really need to watch. New episodes can be found on Netflix, thought hubby and I bought the expensive cable just to watch it 'live' on BBC America.
I HIGHLY RECOMMEND THIS SHOW! And tell everyone I come into contact with, including you now :))

I hope you decide to check out at least one of these awesome sci-fi shows and start exploring new worlds. What sci fi shows did I leave off the list??
Also, check out The Sci Fi Christian podcast for all things sci-fi, fantasy, and beyond!!

This post first appeared on my blog Christian Sugar Addict.
Posted by Unknown