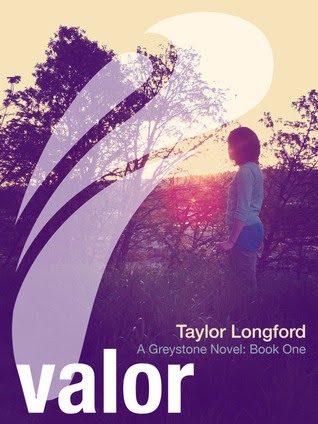 
Think you know about gargoyles? The beautiful winged race disappeared eight hundred years ago. Their greatest enemies were the brutal harpies that people today mistake for gargoyles.Like all gargoyles, Valor is protective by nature. When he wakes to find a human girl in trouble, his first impulse is to help her. But the greatest risk to MacKenzie’s safety is himself. One scratch from the poisonous barbs on his (knuckles) and she’ll be lost to him forever

I purchased this book on Amazon for free. Currently it is being offered for free still!! (7/10/13)

My Thoughts:
We meet Mackenzie quickly discovering herself in trouble trapped under a large box, when strong, handsome Valor comes to her rescue. Things escalate quickly between them (seriously like 5 pages??) and Valor lets Kenzie in on his secret: he is a gargoyle.

It took awhile to accept this fact. I had heard once that what we call gargoyles aren't actually gargoyles but harpies. I filed it away not caring. Even still it was hard to believe that gargoyles could be super hot. Super. Hot.

Valor and his brothers (Dare, Reason, Defiance..) instantly become attached to Mackenzie, and vice versa, in a Cullens-Swan-esque relationship. From here the plot meanders along ..shopping and hot boys occur..eventually creating a conflict and then resolving it. Nice and neat. I feel like I should give you more summary, but that is really about it.

So, yes, as you may have guessed I was not too keen on this book. There were several aspects that I did not like. First, I was distracted by the obvious Twilight connections. Gargoyles have venom which could kill a human. Valor is overly concerned he might accidentally kill Mackenzie if he gets too involved ala Edward Cullen. The idea of the gargoyles being a pack and overly protective is very Cullen. And heck, even Reason disliked Mackenzie similar to Rosalie disliking Bella.

Second, random chapter breaks. Completely jarring me out of the story. This may not bug some people, and it honestly shouldn't bug me either, yet it does. When characters are having a conversation and the author wants to end it dramatically, fine. But when she picks up exactly where she left off in the conversation in the next chapter, its just weird. And unnecessary. So....probably just me.

I will stop here at a third: Mackenzie's reactions are not normal. I know there always has to be a stretch of reality in paranormal novels, but this time it made it hard for me to connect to the character. At one point, Mackenzie is FLYING with Valor, and hardly says a word about it!! "Oh. I'm flying. What should we do later tonight??" Very unrealistic.

What I did like were the delicious boys. Yes, I said it.. And even though I felt that using gargoyles was just a stretch for something new in this overly inundated mythical creature YA world, it still mostly worked. The action scene was also well written and flowed very well. I also liked the fact that I bought this book from Amazon when it was free. And the cover. The cover is great!

I rated this book on my Goodreads as a 2. I feel I should mention that a majority of other people rated it favorably. Ms. Langford has also written two more books in the Greystone series. I want to check out the second one, Dare, because I heard it was written from his point of view instead of the girl's. Also, Dare had one of the most compelling stories. If I ever do get around to it, I will be sure to let you know :))

Email ThisBlogThis!Share to TwitterShare to FacebookShare to Pinterest
Labels: 2 stars, paranormal, review, YA